Teacup dogs face many health problems and genetic issues due to that their life expectancy is lesser than the toy version of this dog. However, it doesn’t mean that these dogs collapse within 2-3 years. On average, these dogs have a life span of 6-9 years. This life period is lesser than the regular-sized Yorkshire terriers. Yet, their cuteness makes these dogs highly durable in the market. Besides, after several years of selective breeding, teacup dogs are produced. This prospect makes these dogs rarer and more valuable in the world.

What are the health problems of teacup dogs?

Unhealthy breeding and low growth rate are the most common health problems of these puppies. These dogs also suffer from chronic health conditions. In addition, there are some other most common heath issues of teacup dogs that includes;

Hypoglycemia is also known as low blood sugar. This disorder causes shivering, seizures and sometimes can lead to death.

Congenital disabilities such as liver shunts also happen in teacup dogs. As a consequence, the canine faces problem in flushing out toxins through the liver.

In dogs, open fontanelles are rarely noticed. Unfortunately, due to incomplete growth, soft spots remain in the skill. This disorder makes the dog more vulnerable to sudden death after trauma mostly.

Heart and respiratory problems are also noted in teacup dogs.

Teacup dogs have fragile bones, which makes them prone to arthritis.

Why are the teacup dogs so expensive?

This is one of the most frequently asked questions even by well-known dog trainers. An original teacup dog is not a runt. To produce these pups, several years of selective breeding and downsizing of parents are required. For breeding tiny puppies, several other sacrifices are also necessary. Pups need at least three months of proper care for the next three months consistently. Along with that, breeders make sure to feed them with milk after every two months.

Like that, there are several other duties: regulating temperatures, washing dog beds, vaccinations, bathing, and grooming every week. Unlike the different breeds, the teacup dogs have luxurious coats, shorter noses, and have compact, thick noses. These are the reasons that make these dogs so expensive.

How to take care of teacup puppies?

You can treat teacup puppies similar to other dogs to some extent, such as giving healthy food. However, these dogs are sensitive and have fragile bones. Therefore, these dogs require special care and assistance. Adopt some of the following basic steps to take care of your dog much better.

To make sure your puppy grows properly, feed him with the appropriate diet. Consider discussing the diet plan with the veterinarian first. You can also quickly figure out how much feed you give to your dog. You can check that out from the description.

Teacup puppies need 14 hours of sleep. Therefore, limit your playing time and let them rest. Provide them a comfortable bed for sleeping.

Provide fresh water to puppies daily. Also, make sure the bowl is small enough so that they can feed on it.

How much does a teacup dog cost?

As these dogs require special assistance and care, therefore teacups are pretty hefty in price. The improved pup with the cost you some extra bucks. However, you can buy an average teacup dog at $700. On the other hand, a good breed costs more than $2000 sometimes. Along with that there grooming and maintenance also cause a significant impact on the purse.

Top Ten Dogs for Families Everyone Should Know 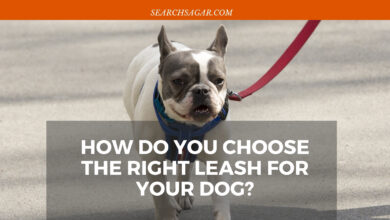 How Do You Choose The Right Leash For Your Dog? What is The Purpose?

10 AMAZING FACTS YOU DIDN’T KNOW ABOUT A TEACUP POMSKY 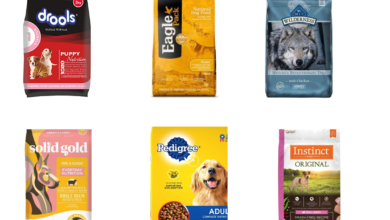