When you use colors, graphics, text to create a visually striking video, that’s what we call motion graphics. It is one type of Animation. It’s been so long since leading brands started using these animations.

This method is pretty effective and convenient. You can convey your message more precisely and beautifully by using graphic motions.

Motion graphics are used for product animation videos, logo animations, and explainer videos that do not have a strong narrative, and it does not feature characters.

The reason why motion graphics have tons of fans is that it is a unique and different way to communicate visually. It helps brands to tell their story in a way that increases the followers.

What is 3D Animation?

Now the question is, what is 3D Animation? As I’ve mentioned above, graphic motion is a type of Animation, but people often get confused between these two. However, it is important for motion graphics coupled with animations to give a perfect finish to the product.

It is the art of bringing more life to the objects, characters, games, films, and tv shows etc by using motion.

It involves moving objects in a three-dimensional space. You can’t move 2D images, but you can rotate 3D figures like real objects.

Here’s the twist, did you know 3D comes in different variations and techniques? Well, you’re welcome! Regardless of the techniques, its main focus is still to create a realistic world! Here are some of the main and common types of 3D animations;

What are the types of 3D Animation?

Interactive 3D basically helps you to interact with the digital world like the physical world. It is created by using 3D computer software. It uses WebGL technology to render 3D images. Interactive 3D has been evolving for a while now.

Among all the types. This one is pretty simple. Keeping it simple and unique. Unlike other types. It is firm and purely visual.

Although this type is quite hard to create still it has opened a new world for the users. By using special devices, you can interact with a 3D digital world. But for that, you need to have google glass and oculus.

What is Animation? Types Of Different Animation

The animation is a process of enhancing handmade drawings into a moving form. For instance, before applying effects to an object, one must draw the object by hallucinating all sides and edges. In short, the animation is just like a flipbook where artists draw hundreds of drawings with slight differences, which enables them to look as the images are moving in real-time.

The animation falls into the following five categories.

Traditional animation is from the ancient animation methods where the artist draws hundreds and thousands of images with a different position on paper; these images are further photographed into various frames. Due to technological advancement, Traditional animation is genuinely dead because it is a laborious process that consumes lots of time and effort.

Motion graphic is one of the best ways to elaborate infographics and other statistical data using text, sound graphical charts, and other symbols to identify numerous data. The reason behind the popularity of motion graphics are as follow

From the name stop motion, you can understand that the animation is done by stopping something. We use a camera for clicking the pictures, so in stop motion, the animated effect is given by clicking hundreds of images by slightly moving the object. When the images in the last merge together, will provide them with a moving effect

Why Is Animation a Marketing Booster?

Animated video is still one of the most effective ways to market your brand.

What’s the difference between Motion Graphics and Animation?

You might have seen people using both terms interchangeably. To be honest, most people don’t care about the difference between these two, and matter of fact, it isn’t that necessary, but if you are willing to be a part of this creative field, then you should know and understand the difference between Animation and graphic motion.

And for that, we should talk about it step by step. So here we go!

Why Are People Still Using Motion Graphics and 3D Animations in 2021?

You might have watched the explainer videos, if you have, then those are the examples of Motion Graphics. It’s commonly used in slideshows and presentations. Meanwhile, 3D Animations are used in a broader term. However, the core purpose of both is quite different from each other.

People use Animations because it helps you to tell stories in a different and unique manner and it’s for both kids and adults. It connects you to the world.

But if you want to narrate the emotional aspects of something to make a connection on an emotional level, then 3D Animation would be a good idea!

You can create awareness through animations and motion graphics videos only if it’s done right. However, motion graphics are easy to produce compared to Animation because it is costly but worth a deal. And it is appealing. Isn’t it?

Do you know that you can create a whole music video just by using Motion Graphics? If No, well then this was the bonus information for you.

These are the reasons why the world is so inclined towards 3D Animations and Motion Graphics!

What Kind Of Lawyer Do I Need To Sue My Landlord In The US? 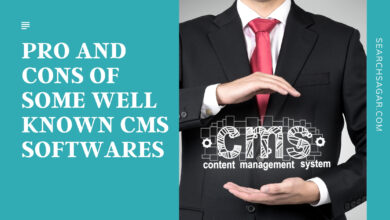 Pro and Cons Of Some Well Known CMS Softwares 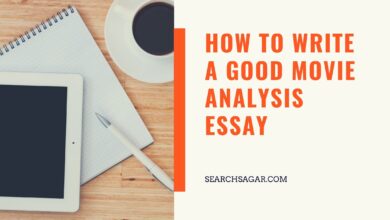 What Kind Of Lawyer Do I Need To Sue A Contractor?