Hinduism is considered a religion that gives us the liberty to choose our faith and concept of God. The religion believes that the truth is one, and every individual can have its version of what reality is for them. The religion doesn’t divide anyone in terms of faith, and there is no process of conversion that is mandatory to be considered a Hindu. Anyone might turn into a Hindu if they want to. Hinduism is considered to be secular and includes rites and rituals that are not forced upon anyone. The main aim is to be spiritually connected to the Divine by any means possible. A Hindu person always has the liberty not to visit the temples and still be connected to God. Religion is believed to have evolved over the years, but the basics are still the same.

Which one is the most powerful?

The answer to this is tricky as there are approximately thirty-three million gods worshiped by the Hindus. The Trimurti, which consists of Brahma, Vishnu, and Mahesh, is considered to be the three important gods in this religion. It is unfair to determine which one is the most powerful one, as each has an equal contribution to the universe.

The famous Bhagwad Geeta, the holy book of Hindu, considers Lord Shiva the most powerful one. Shiva is considered the destroyer, and for that, one needs a lot of power, which is why he is regarded as the most powerful one. On the contrary to the fact that he is the most powerful one amongst all, Brahma Astra, which is considered to be the most lethal weapon, belongs to Lord Brahma, who shouldn’t be ignored. There are many stories that link between Shiva and Vishnu, and they are said to have an exchange of duties in various accounts. The famous one was when lord Shiva saved the world by drinking the Halahala and was saved by Lord Vishnu. The destroyer saved the universe by consuming that lethal substance. It is also believed that Lord Vishnu obtained his Sudharshan Chakra by devoting and praying to Lord Shiva and was finally given the Sudharshan Chakra as a result of his extreme devotion towards him. The chakra cannot be stopped by anyone other than Lord Shiva and Lord Vishnu himself.

One such story that answers why the Hindus do not worship lord Brahma shows how mighty Lord Shiva is among the rest. It is believed that once when Lord Vishnu and Lord Brahma were arguing about which amongst them were powerful, they decided to discuss this with none other than Lord Shiva. Shiva then assumed an eternal block fire shape and asked them to find its beginning and the end. Lord Brahma didn’t want to lose at any cost and lied about finding its end. Lord Shiva was angry and cursed him that no one will worship him. This shows how mighty lord Shiva is from the rest. However, religion gives equal importance to each of them, and it is not fair to name the most powerful one. 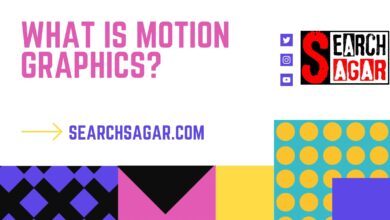 What is motion graphics & Animation?

Why Should You Use CBD Oil to Feel Relief?

What Are Maggots? How To Farm? & Effect on Chickens

What Kind Of Lawyer Do I Need To Sue My Landlord In The US?